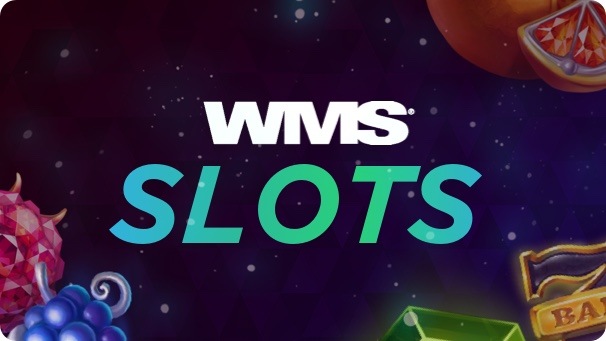 Guide to Finding the Best WMS Slots in 2023

WMS Gaming is not only one of the major players in the iGaming industry in 2023, it's been a pioneer since 1974. Through a long and storied career, both as a traditional gaming company to a casino software developer, WMS has literally been there, done that, and worn many different T-shirts. Today, thanks to this impressive history in the business, WMS slots are regarded as some of the most impressive.

Indeed, when you click through one of our recommended slot sites in Canada, you'll not only see games enlivened by the latest iGaming innovations but some nods to past. Slot players will likely be most familiar with the WMS pub slots series: Monopoly. These themed games were a regular fixture of pubs and clubs across the country in the early noughties and WMS online casinos in 2023 certainly help to take you back to those classic days. Of course, with a long history of service in both the live and online casino world, it can be tricky knowing where to start when it comes to WMS slots.

Which spinner is the best? Which sites offer the largest selection of WMS slot games? Can I play for free and real money? These are all valid questions and in this guide, you'll find them answered. We're going to take you through some of the things you can expect to see when you scroll through our recommended WMS casino slot sites. As long as you stick with us and take what we're saying onboard, you'll be able to find the perfect WMS slots for you!

In the world of online slots, there are experienced software developers and then there's WMS Gaming. The brainchild of Harry E Williams and born out of the Williams Manufacturing Company, Williams Electronics Inc first came on the gaming scene in 1974. Back in the days of mullets, moustaches, and mistakes in the fashion department, WMS had a very different look than it does today. Indeed, the first games it produced were coin-operated arcade games and pinball machines.

Despite a number of changes in its status as a business (it went from independent to owned by Seeburg and then independent again), "leisure" games remained the company's forte. By 1987 it was all changed when the company rebranded itself as WMS Industries Inc, a name that was later shortened to just WMS. A year later it acquired rivals games company Bally/Midway and that's when its move into casino gaming started.

By 1994, WMS had started developing its own casino software and in 1996 it released its first video slot, Reel'em In. Offering multiple win lines, adjustable betting, and a bonus game, this was one of the first examples of a "modern" video slot and helped set a marker for the iGaming industry in years to come. After offloading Ballys/Midway as well as its video gaming department in 1998, WMS then closed its pinball division in 1999 to focus all of its attention on slot machines.

As well as expansion in the US, WMS started to make a name for itself across the Atlantic. The company's Monopoly-themed slot machines became popular in pubs and clubs in the UK and, from 2001 onwards, it found a niche in the live gaming world with its movie slots. By 2010, WMS had not only shown that video slots could be networked across live casinos to create mega jackpots, but it had also started offering online gaming to players in Canada and other parts of the world.

This was followed by a move into the mobile slot games market in 2012 as well as the launch of a Facebook slot game, Lucky Cruise. Eventually, by 2013, WMS was purchased by Scientific Games, and, today, it forms part of an industry-leading slots and casino games developer. Under the guidance of Scientific Games, you can now find WMS-powered slots across many of the best real money slot sites as well as social media networks such as Facebook.

When it comes to slot types, WMS has always had a penchant for themed games. Falling squarely into the "video slots" category, these spinners offer the perfect combination of entertainment, interaction, and potential payouts. Indeed, because WMS started out life as an arcade game developer, it knows how to make something "fun" and that's what you'll find when you play its latest slots. Everything from the Raging Rhino slot and the Bruce Lee: Fire of the Dragon slot to the aforementioned Monopoly can be found when you scroll through the lobbies of any WMS partner site. However, it's not all about video slots.

Although 3D slots aren't a major part of the WMS menu, you will find classic slots with all the traditional bells and whistles (i.e. fruits in this instance). Moreover, you'll also find a growing selection of WMS progressive jackpot slots when you take a spin around the internet's best sites. Given that WMS first started experimenting with networked games back in the nineties, it's little wonder that it's now using that experience in the virtual arena. In 2016, WMS released its first progressive jackpots online, the Dancing in Rio slot, and it's now looking to create even more as we move through 2023 and beyond.

Most Popular WMS Slots in 2023

So what are the top-rated WMS slots in 2023? Well, as ever, everyone's definition of a "top slot" will differ depending on their preferences. However, given that WMS is known for its themed casino slot games, it's hardly surprising that some of its biggest titles have a branded twist. Of course, you might disagree with some of our choices, but that's the beauty of online slots. If you don't like the WMS slot games we've picked out and labelled as "the best", you can simply scroll through the company's burgeoning roster of games and find one or two you do like. If you're looking for a few pointers to help you get started, the slots below are some of the best slot players in Canada will find in 2023:

As you'd expect from a developer that's been pumping out games for more than 40 years, WMS is constantly adding new slots to its collection. This is great news for Canadian slot players because it means you can join one of our partner sites and gain instant access to the newest WMS slots in an instant. Although the list of newbies is forever changing, here are some of the latest WMS slot machines you'll find in 2023:

How Safe Are WMS Slots?

Any company that's been around the gaming and casino industry since the 1970s and survived has to be doing something right. With reputation and trust being worth their weight in gold, WMS couldn't afford to compromise on anything back in the day or now. Of course, a reputation for being safe, secure, and fair is all well and good, but today's online slot fans want some evidence. Fortunately, WMS and, moreover, its parent company, Scientific Games, have just that. Under the guidance of Scientific Games, each WMS slot machine is checked, verified, and certified as fair by eCOGRA. Testing each game's random number generator (RNG), eCOGRA is not only able to assure customers that WMS offers safe real cash slots, but that it's fully compliant with the regulation procedures set out by agencies such as the Malta Gaming Authority.

When making a comparison between WMS and any other slot game software provider, the first thing to note is its focus on entertainment. Thanks to the company's history, it has a wealth of gaming experience to draw on and that has helped it create a style of game that more modern developers like Pragmatic Play slots, Nolimit City slots, and Play'n GO slots simply don't have. One of the other major advantages to WMS slots is that you can find them at real money casinos and social media networks like Facebook. Instead of sticking to a single market like IGT and Barcrest, WMS has branched out in the world of social slots. This means you can experience a greater variety of games when you started seeking out the best WMS spinners.

WMS has recently made a move into the progressive jackpot slots arena. Although the company only started developing progressive jackpot slots back in 2016, it's now looking to establish itself in the space with a unique twist on the genre. Indeed, when you compare the Dancing in Rio slot to other progressive slots, the fact that you can claim six jackpots on top of the main prize is great news for players at both ends of the betting spectrum. So, the next time you're online, make sure you keep an eye out for the new progressive jackpot network from WMS, as well as all of its classics.

🎰 What are the best WMS slots?

There are many great WMS online slots available, and the best slots for you will depend on your personal preferences and playing style. Some popular WMS slot games include the Raging Rhino slot, the Zeus slot, and the Spartacus slot.

♠️ Where can I play WMS slots?

WMS slots can be played at many online casinos and also at land-based casinos. There are many online casino slot sites that offer WMS slot games. To find the one which suits your preferences check out our guide to the Best Slot Sites in Canada for 2023.

💰 Do WMS slots have Free Spins?

💸 Can I get a slot bonus to use on WMS slots?

Absolutely! Once you claim the slot bonus, you can use it on many online casino games including WMS slot games. Do not forget to visit the Terms & Conditions page as different rules apply to different online casino slot sites.

✅ Can I play WMS slots for free?

Yes, it is possible to play WMS slots for free. Many online slot sites offer free demos of their slot games, including WMS slots, that can be played without making a deposit or wagering real money. These free versions are intended for players to try out the slot game and get a feel before playing for real money.

Kickers are OJO special perks that give you more play, more fun and more rewards