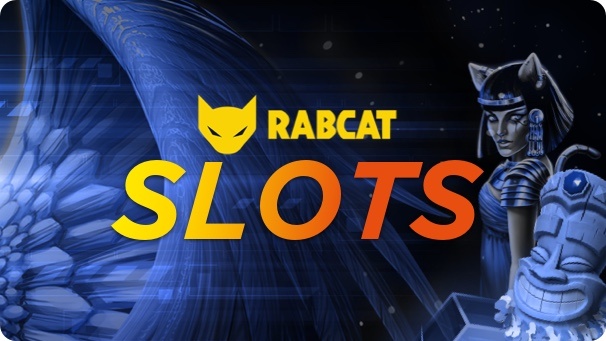 Rabcat remains a bit of an enigma in the world of online gaming. Rabcat slot sites do exist as part of the wider Microgaming network, but until recently it was a company that worked more behind the scenes in the B2B shadows. Given the company's talents it's a wonder it has remained secretive for so long. Rabcat slots are often cinematic and grand in scope, influenced by another aspect of the studio, developing digital art and assets for AAA video games for PC and home consoles like the PlayStation 4 and Xbox One. To help find these elusive Rabcat casino sites so you can try their epic games for yourself, follow our guide to try some of the best online slots in 2022.

Rabcat is not a well-known brand within the iGaming industry, although many players have probably heard of games or projects the company has worked on. It has created digital artwork and in-game assets for major video games companies like Rockstar, Ubisoft and Blizzard Entertainment. The extensive list of titles it has worked on includes recent hits such as 'Overwatch', 'Payday 2', 'The Crew', as well as 'Forza Horizon' and its successor, 'Forza Horizon 2'.

Rabcat is part of the popular Austrian multichannel gaming platform win2day, which is run by Austrian Lotteries as well as Casinos Austria AG. The company makes its own original slot games for online and mobile casinos, which are licensed through a long-term agreement with well-known iGaming expert Microgaming. Rabcat’s relationship with Microgaming started in 2012 when it helped develop the Quickfire Platform. It was only in 2015 that it started developing games exclusively for the Microgaming network, with the debut of the well-received Castle Builder, which has since spawned a sequel, Castle Builder II.

Although Rabcat has been running for over 15 years, it has only recently entered the world of online slots. Many of its games fall into the video slots or 3D slots category, although it has made the foray into other slot types with Classic 243, which fuses the classic slots of old with flashy retro 80s aesthetics and an atmospheric synth soundtrack to create a slick, futuristic, action-packed slot. Its first video slot, Castle Builder, has since been superseded by its larger sibling, Castle Builder II. Both featured Rabcat’s revolutionary level-based slot gameplay, where the player takes on the role of a royal master builder, charged with erecting castles for three different kingdoms.

As soon as a castle is finished, the royal princess takes residence and receives admirers. The bigger the castle, the richer the suitor, which drives how much players can win. The company has channelled Indiana Jones and Uncharted for its desktop only video slot, River of Riches. It flow of action is fast paced as free spins combine with fixed wilds for guaranteed instant wins. Rabcat continues the epic trend with Forsaken Kingdom: The Path of Valor, a dark spin on the legend of King Arthur. Those playing the 3D slot are charged with recruiting the 12 knights of the round table and wielding the power of Excalibur.

The fabled sword is the ultra-high win symbol, while the game also features a romantic sub-story bonus round called Eternal Love, starring Arthur’s beautiful betrothed, Guinevere. The epic quests continue in Dragon’s Myth, available to play on all platforms. Like a cross between 'Game of Thrones' and 'How To Train Your Dragon', players join a fearless red-headed girl on a mission to battle four dangerous dragons that roam her land. The 3D slot shows off Rabcat’s high production values and animation skills, not to mention generous paylines, with all active paylines working both ways.

There are also two more traditional, ice-themed video slots. Frozen Diamonds utilises cascade symbols instead of standard reels, with the original winning lines exploding in shards of ice and new symbols dropping in their place, which can multiply a player’s fall bonus. The second game, Penguin Splash, is a more cartoony, desktop-only offering, with cuddly baby polar bears and smiling orca whales as symbols. Players will get their happy feet when landing the penguin scatter symbol, as this triggers the penguins to dive into the water, with free spins earned for every penguin that jumps.

How Safe are Rabcat Slots?

Rabcat slots are offered through an exclusive partnership with Microgaming, which is one of the most trusted and reputable developers and distributors in the iGaming business. Rabcat uses a random number generator (RNG) to offer high return to player (RTP) values between 95% to 96%. Those casinos who use Microgaming’s proprietary software, as well as those who use the library of games with other back-end software, will have to ensure that they offer players a safe environment with secure connections. Online gamblers within the UK and Europe can rest assured that the casino they are using is regulated by the UK Gambling Commission. The UKGC requires that the casino has a independent body to test their RNGs and offer alternative dispute resolution services. One of the most widely trusted and recognised bodies is eCORGA – e-Commerce and Online Gaming Regulations and Assurance.

Although Rabcat only offers a handful of online slots, they are some of 2022’s most top-rated titles to play. Canadian gamers should definitely seek out these slot games to ensure they're playing some of the best, biggest and most epic casino slots available:

Although Rabcat has existed for over 15 years, it has only recently shifted into the online slot games market. As a result, it does not have an extensive library in comparison to other established software providers such as Playtech, NetEnt or IGT. However, the titles the developer has delivered are outstanding, both in terms of epic scope and scale, as well as being highly entertaining with a strong re-playablility factor. One distinct advantage Rabcat has over other developers is that it originally came from the home console and PC video game market, designing digital art and assets for some of the biggest games in the industry, including Rockstar Games, Microsoft and Disney Interactive Studios.

This wealth of experience and storytelling has clearly transitioned to its online video slots, with polished graphics, smooth animation and action-packed storylines. Rabcat’s focus on crafting video slots and 3D slots has yet to translate into a progressive jackpot slot. Although Rabcat’s B2B partner Microgaming offers progressive jackpot slots to compete with its rivals, it is one genre that Rabcat itself has yet to tackle. This means that players who prefer this type of video slot would need to look beyond Rabcat’s selection of games.

In a short space of time since it entered into its exclusive agreement with software distributor Microgaming, Rabcat has managed to create some of the most exciting new online video slots to hit online casinos in recent years. Here are some of the newest titles that players can try out in 2022:

Read More
We use cookies to improve our service and to enhance your user experience. For more information, or to change your cookie settings, please click here