Ontario iGaming Launch: Market Predicted At 12.5b As First Nations Fight For Inclusion

The 6 April launch of the Ontario iGaming market is just months away, and as players anticipate access to regulated Ontario slots sites, interest in the new market is growing rapidly. However, there is also a growing swell of opposition and concern from First Nations and land-based casinos.

Operators Expected To Flood To Canadian Gambling Market With 12.5b predicted in 2021

The revenue generated by gambling in Canada is significant, but the pandemic had a marked impact. The graph below (provided by Statista) shows the drop in earnings experienced due to pandemic closures. Now, with the April 6 launch date of the Ontario iGaming market looming, the impact of the launch of Ontario's online iGaming market on the land-based sector is yet unknown. 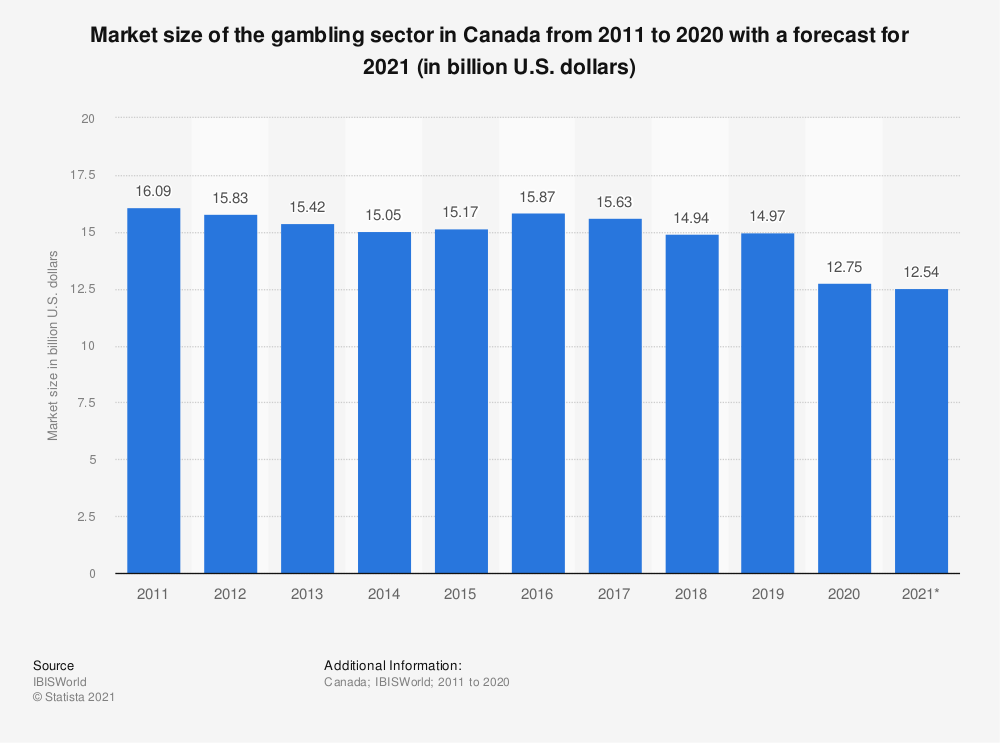 However, the online sector has massive potential, with US-based brands and other industry giants looking to expand into Canada as its market regulates. One of these major brands, Entain plc, recently bought Avid Gaming for C$300 million as part of its expansion into the Canadian market. Part of the portfolio is Sports Interaction, which operates in Canada under the Kahnawà:ke social initiative Mohawk Online.

Although there are plenty of "grey" casino operators currently offering services in Canada, the regulation of the Ontario market means that online gambling operators will need to apply for new licensing through the iGaming Ontario regulatory body.

Toronto Maple Leaves center Auston Matthews announced on Twitter this week that he signed a 3-year partnership with Bet99, an online sportsbook and casino operator. He will be promoting the free-to-play site, Bet99.net. The deal is believed to be worth seven figures for three years of partnership.

Bet99 currently operates its real-money casino and sportsbook services under a "grey" license, issued by the the Kahnawake Gaming Commission, based in the Kahnawà:ke Mohawk Territory of Quebec. It is unclear whether Bet99 has applied for a license to operate in Ontario under the new Ontario iGaming authority.

It is also unclear what the impact of the Ontario iGaming launch will be on the Kahnawake Gaming Commission and its revenues.

The Mohawk Council of Kahnawà:ke (MCK) and the Six Nations of the Grand River (SNGR) announced a mutual co-operation agreement last week to address the government's "ongoing failure to accommodate the interests of First Nations".

The MCK has overseen online gambling activities through the Kahnawake Gaming Commission since 1999, and launched its Mohawk Online initiative in 2015. The aim of Mohawk Online is to generate revenue through its partnerships with gambling brands, and to use its revenue to fund social requirements in the territory, including schools, cultural and language programs, healthcare and public services.

According to a joint statement from the two Nations, "Both communities have been frustrated by recent changes to Canada’s Criminal Code that have effectively shut out First Nations by willfully ignoring the legitimate interests of Indigenous Peoples in the gaming industry. This is being clearly demonstrated by the recent actions of the government of Ontario, which has unilaterally reinterpreted the ‘conduct and manage provisions of the Criminal Code of Canada and established an ‘igaming’ initiative under its authority, iGaming Ontario. This new model does not provide accommodations for, and will not benefit SNGR or Kahnawà:ke’s socio-economic business, Mohawk Online, as it closes off access to one of its largest local markets."

Great Canadian Gaming, the group with the biggest land-based market share in the province, has already expressed concern. A gambling consulting firm prepared a report for Great Canadian, which suggested that the province could lose out on $550 million in annual revenue when the regulated online gambling market launches.

The report predicts that a significant number of players will move to online casinos instead of the land-based venues they may have frequented before regulation comes into in effect.

However, Natasha Krstajic, Attorney General Doug Downey's press secretary, disagreed with this viewpoint, stating that the new online market will “complement existing land-based (casino) gaming activity by providing a new opportunity for Ontario’s land-based operators to expand into igaming to diversify revenue sources and cross-promote between online and land-based sites.”

Further support for the new Ontario iGaming market came from Mohegan Gaming & Entertainment. The company has two land-based casinos in Niagara Falls. Spokesperson for Mohegan Gaming Jennifer Ballester said, “The future of gaming in Ontario is bright with potential opportunities to expand legal offerings to include igaming and sports betting. We are excited about these initiatives.”

While fans of sports betting and slot games in Canada may be looking forward to the launch of the new online market, and the access it will bring to a range of regulated slots sites and sportsbooks, the road ahead is not without its difficulties.

With billions of dollars in revenue at stake, and both land-based casinos' and First Nations concerns to address, Great Canadian's Tony Rodio hit the nail on the head when he said, "While we support iGaming in principle, the Ontario government needs to take the time to get this right."