When it comes to forming the best-branded online slot games, it’s safe to say that Blueprint Gaming will spring directly to our minds, thanks to its evergrowing track record of p... Read Full Review 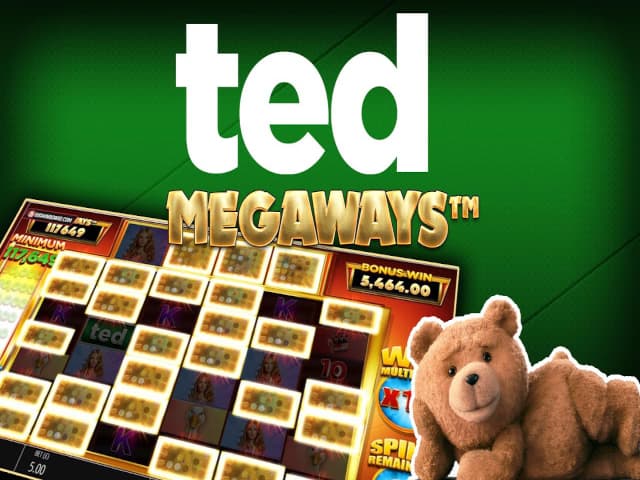 When it comes to forming the best-branded online slot games, it’s safe to say that Blueprint Gaming will spring directly to our minds, thanks to its evergrowing track record of producing cult favourites. As for Ted, we all remember this fluffy-faced, but potty-mouthed teddy bear from the movies, only this time he’s back and he’s appearing to you in a whole new format, where you’ll be able to relive the humour as you blast through this slot dedicated to this soft and cuddly comedian, who never really lost popularity. Blueprint Gaming’s Ted Megaways is essentially a sequel to the original Ted slot which was released back in 2017, for anyone who remembers! It’s worth being aware of the slight differences between the original and the Megaways version of the slot, as there are less features in the Megaways version of the game, however, who can argue when there are at least 117,649 ways to get your hands on big wins?

The audiovisual qualities of the slot game have been formed with as much precision as you’ll ever find with Blueprint Gaming’s branded slot released, especially when it comes to the visuals being formed with the utmost accuracy, clearly depicting life as we see it in the Ted movie and is all well accompanied by the super jazzy soundtrack.

The Ted Megaways slot is set in his very own living room, where he appears to the left of the screen, kicking back with a drink of beer and dropping some of his rudest one-liners. The overall makeover is a little more ordinary in comparison to the original release, although the only difference is that the reels have increased. The Megaways engine allows players to benefit from the  6 primary reels, all of which contain 2-7 symbols each, as well as an additional 4 placed horizontally on the reel, all the way to the top. The number of ways to win will vary during each spin, starting from 324 and reaching up to 117,649, which depends upon the number of stacks on the reels.

Although this is as comfy and cosy as a slot could be, Ted’s use of very rude language and references to the naughty stuff is prevalent from the outset and throughout the entire game, which shouldn’t really cause any discomfort, since we know exactly what to expect from this rather rude creation.

How to Play the Ted Megaways Slot

Players can access everything they need from either the right or left-hand side of the screens. To adjust your bet, note that the minimum starts from 0.10 and can be increased to a maximum of 10.00 in the player’s respective currency. All other information, including the paytable and volume control settings, as well as the spin-to-start button can be found on the right-hand side of the screen, so just hit spin and get ready to win all from the comfort of that cosy little living room.

Now if you’ve watched the Ted movie on a cinema screen, or from your very own home TV, you’ll be glad to know that the Ted Megaways real money slot can be enjoyed from a device of your choosing, and is compatible with everything from laptops and desktops, to smartphones and tablets, providing they are supported by iOS, Windows or Android. So you can enjoy plenty of tongue-in-cheek humour and lounge around in the living room, just like Teddy always does!

You’ll be glad to know that things won’t get too crude after all, and even if they did, you’d be too busy basking in the glory of the brilliant bonus features. So first things first, there are cascading reels and you already know what benefits they bring, add on the Mystery Ted, Thunder Wheel, and Bonus Buy to name a few.

Cascading reels as we know them are pretty standard in the world of slot games, however, and will run continuously after all old winning combinations are removed from the reels and replaced with new ones.

The Mystery Ted Feature can be triggered at random during any particular spin. When the feature becomes activated, Ted will shoot the reels, which will then add over 100 Mystery Symbols to the reels for the next spin. Every Mystery Symbol will transform into the same symbols, to show the winning combination, this can include all symbols except for the Scatter Symbol.

Collecting a minimum of four of the Scatter symbols will trigger the Thunder Buddies Bonus. Players will be presented with the option to collect 12 Free Spins, press play on the feature, or spin the Thunder Wheel, which may allow them to win even more free spins and megaways wins.

Ted Megaways is a highly volatile online slot, almost as volatile as everything that comes out of the bear’s mouth, but there is a decent return-to-player (RTP) of 96.03% aligning well with the need for risk. Players can benefit from 117,649 ways to win, and the maximum payout is capped at 50,000x your bet but may differ given the Megaways model of the game.

It’s safe to say that we have nothing but love for the Ted Megaways slot, as we did for the original creation, as well as the movie. You might be wondering, what exactly is to love? If the 117,649 ways to win didn’t sell it to you, having Ted churn out his usual lines and being able to benefit from the best bonus features will succeed in perking you up from this perfect challenge for every couch potato out there. Meet the beloved teddy bear at our recommended best slot sites.

Now if you haven’t tried the original Ted slot by Blueprint Gaming, then we’d suggest you get started with that one, simply because no other slot out there could possibly compare to this other than its predecessor. 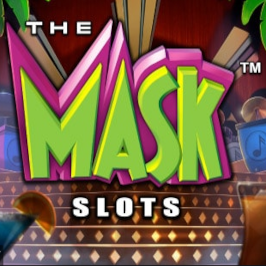 The Mask
The Mask
Software Provider 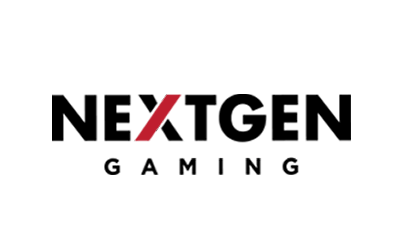 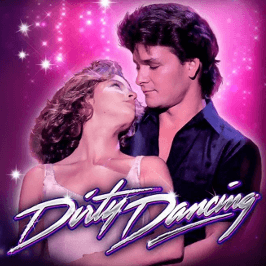 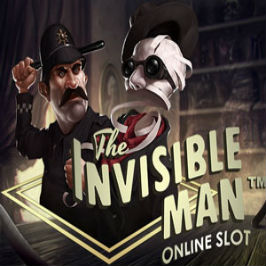 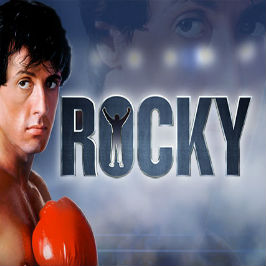 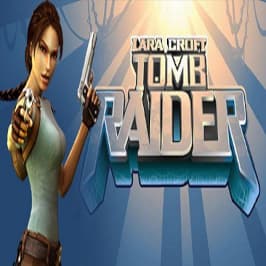 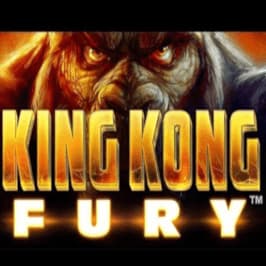 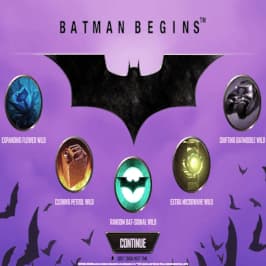 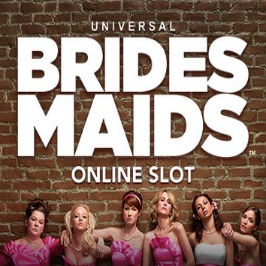 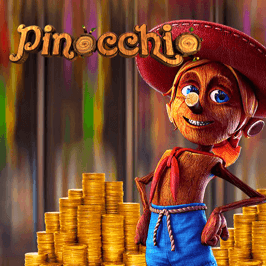 Who created the Ted Megaways slot?

The Ted Megaways slot was created by Blueprint Gaming, a top slot game software provider that specialises in branded slots and is the creator responsible for the original Ted slot, The Goonies Jackpot King slot, and the Rick and Morty Megaways slot.

When was the Ted Megaways slot released?

The Ted Megaways slot was released in 2020, following on from the original Ted slot which landed back in the year 2017.

What is the theme of the Ted Megaways slot?

The theme of the Ted Megaways slot goes without saying, think humour and naked teddy bears, exactly as you’ll find them within the Ted and Ted 2 movies directed by Seth MacFarlane. Movies star Mark Wahlberg and Seth MacFarlane in the leading roles.

How many ways to win are there in the Ted Megaways slot?

Players have 117,649 ways to win when playing the Ted Megaways slot.

Are there Free Spins in the Ted Megaways slot?

As with most other slots on the market, you can rest assured that there is a Free Spins to trigger in the Ted Megaways slot. The Free Spins Round can be triggered by collecting a minimum of four of the Scatter symbols.

How can I win when playing the Ted Megaways slot?

It's pretty straightforward – just keep your eyes firmly fixed on the Scatter symbols when playing the Ted Megaways slot for free or for real money, as these lucky symbols will lead you straight to the best bonus features and decent payout!

What is the maximum payout when playing the Ted Megaways slot?

The maximum winning potential is capped at 50,000x your bet or $250,000 if you play the Ted Megaways online slot machine game for real money. Look for the online slot game at our recommended online slot sites here on Slotsource!

Which special symbols will I find in the Ted Megaways slot?

Players can expect to find the usual symbols, as well as the Wild and Scatter symbols in the Ted Megaways, both of which may lead you closer to being able to experience the Mystery Ted Feature and all of its special symbols that will appear.

Are there any special bonus features in the Ted Megaways slot?

Aside from the Free Spins, there are a few other special bonus features to enjoy when playing the Ted Megaways slot.

Is the Ted Megaways slot a high volatility slot?

Yes, it is! The Ted Megaways online slot game falls into the high volatile online slot machine game category, so do expect the unexpected but remember the big wins can prove challenging when playing games that fit into riskier categories.