Grab your cape and flex those pecs; it’s time to save the world. That’s right, the Swedish brainiacs over at Yggdrasil have unleashed Super Heroes on the world and it looks so ... Read Full Review 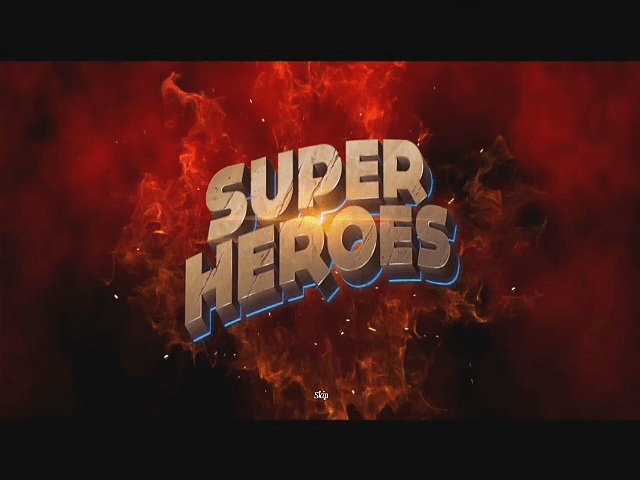 Grab your cape and flex those pecs; it’s time to save the world. That’s right, the Swedish brainiacs over at Yggdrasil have unleashed Super Heroes on the world and it looks so good it could easily pass for a cos-playing teen’s ultimate fantasy.

In a world of Marvel and DC licenses, it feels like a real breath of fresh air to play a superhero slot packed with new, unfamiliar characters. Super Heroes brings you six brand-new heroes, each with their own unique assortment of super-powers in this five-reel, 20-payline offering which, not to put too fine a point on it, looks drop-dead gorgeous. Honestly, the graphics and animation are simply superb. The super-sexy intro sequence is a match for anything Pixar has produced while the in-game animations made by the characters whenever a winning combination pops up are smoother than Lex Luthor’s polished bonce. The soundtrack is equally impressive, with thumping rock beats one minute and sweeping, cinematic interludes (with hints of the Last of the Mohicans theme) the next. This audio-visual treat is available to play from as little as 20p to as much as £100 per spin.

While the story of the game follows the heroic actions of Knox, Raven, Tesla, Mirage, Hopper and Trance; none of our six spandexed saviours actually make it onto the reels. No, that honour falls to four devious-looking baddies (the high-value symbols) profiled in four different colours: brown, purple, green and blue. Four geometric shapes, again identified by colour (red, purple, green and blue) make up the lower values. The wild symbol is a buzzing ‘Wild’ sign and the scatter is a ‘Free Spin’ icon. Land three, four or five scatter symbols anywhere in view and you’ll bag four, five or seven spins respectively. Each spin triggers the Super Hero feature, which can also occur randomly within the base game. This feature sees one superhero appear on either side of the reels. Naturally, each hero boasts a different power.

Raven can throw a rotating blade, which she does to make up to four reels become wild. Mirage can turn each villain displayed on-screen into a random cash prize. Tesla hits the ground to create a boom wave, which in its turn transforms up to five symbols into matching ones for a guaranteed win. Hopper’s power is impressive, changing random symbols into wild ones by summoning up a meteor shower, no less. Knox uses an energy beam to multiply your prize by 1-5x. Trance’s ability is pretty handy too; she can slow down time. Gamely, she uses this wondrous talent to bestow you with (up to four) additional free spins. All of our heroes have four ability levels of their particular power, with each of them starting at level one. Their power abilities increase by one level every time they make an appearance. The higher the level, the more lucrative the reward.

There’s good reason why reviewers and punters alike say this is one of the best slot games in Canada, as well as one of the best Yggdrasil has ever created (a very high honour indeed). As well as looking and sounding as good as a game of this kind possibly could, the gameplay is utterly absorbing and the bonus features are as exciting as they are immersive. Take the medium variance and RTP of 96.10% into consideration, not to mention the penchant for nabbing balanced wins in both the base game and Free Spins feature and it’s evident this title is destined to be modern classic. Outstanding.