Imperial Opera is a Chinese-themed slot game by Play'n GO that has several extra features that get randomly activated during the main game, and therefore the paytable has very low ... Read Full Review 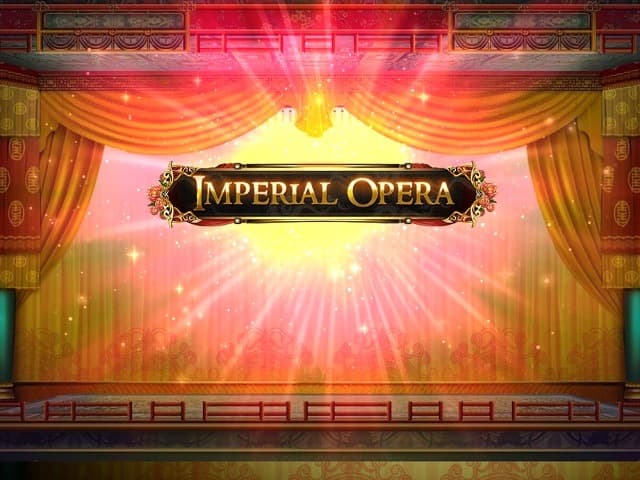 Imperial Opera is a Chinese-themed slot game by Play'n GO that has several extra features that get randomly activated during the main game, and therefore the paytable has very low prizes. There's a free spins game with Mega symbols that has somewhat high variance so you could win almost nothing or you could win big, up to 2500x your bet.

The game is easy to set up, as all you need to do is choose your bet per spin, as the 20 paylines are fixed. Your bet can range from 0.20 and 100.00, and it's easy to change as you simply select the respective value underneath your reels. The Spin and Autoplay buttons are on the right, and the information icon on the left has the game rules. Choose your bet carefully, as this game will require more spins than usual and is for the more patient gambler.

This is a game that is run by the extra features which are active all the time and that can help to bring you multiple winning paylines during the main game, so the paytable isn't very good as it is assumed you'll be getting multi-payline wins anyway. The game looks and feels a lot like a classic slot, with its 5x3 board and the classic-looking symbols.

There's no symbol in this game that can even get you your stake back for three-of-a-kind on a single winning payline, and the maximum win in the paytable is 6.25x your bet, plus the 25x prize that would come from landing all five Wilds. There are only three main symbols and there are five card symbols, but fortunately the card symbols aren't that much worse than what the main characters pay.

There are two main game features that can get triggered randomly, Harmony and Crescendo. Harmony will have two or three randomly chosen reels synchronize with each other and display the same symbols, which may be great if you happen to land a full reel of the same symbol. Also, it's during this time that Mega symbols may appear, either in 3x3 form if three reels are synchronized, or in 2x2 form if two are. The 3x3 Mega symbol that is the Free Spins Scatter is only visible during Harmony when three reels are synchronized. If you land this symbol in full, you'll trigger 10 free spins, and that's the only way to get to that feature. Crescendo means up to two reels may be randomly covered by Wild symbols.

This game has theoretical return to player (RTP) 96.50%, which is more than good enough, but the variance is high and it's difficult to play the game as many things need to align in order to produce a big win with a paytable as skinny as this one. The extra features are fun, and can bring decent wins, but the problem with any game that's set up like this is that you need to win in that manner repeatedly, as the normal wins alone won't get you very far since they can't even get you your stake back. For a similar game but with a much better paytable, try House of Doom, also by Play'n GO. You'll find both games in our recommended Play'n GO casinos so just make your pick and start playing for real money.