Who doesn’t like dragons? The fiery beasts may not have walked the Earth as claimed, but they’re a central part of numerous fantastic books and series. They’ve invaded the slot industry as ... Read Full Review 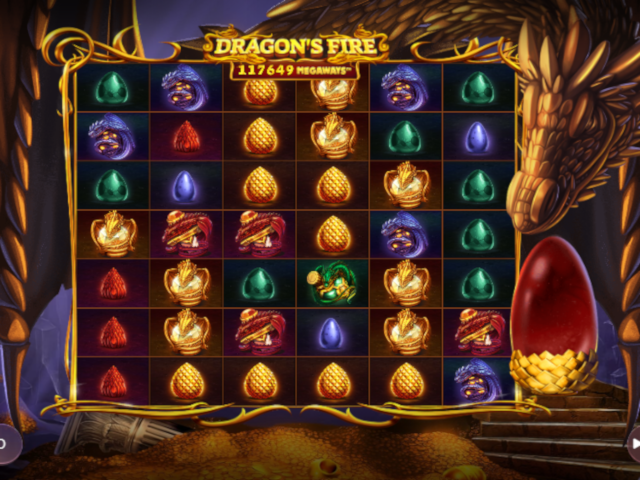 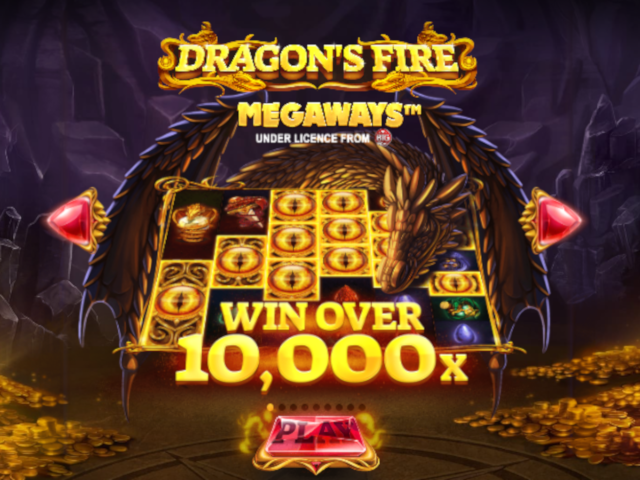 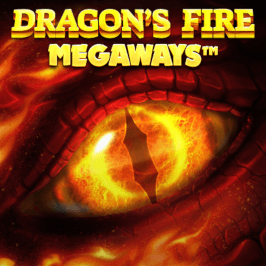 Who doesn’t like dragons? The fiery beasts may not have walked the Earth as claimed, but they’re a central part of numerous fantastic books and series. They’ve invaded the slot industry as well, with dozens of dragon-themed slots released so far. Red Tiger Gaming’s Dragon’s Fire Megaways is the latest one, and it may be the fiercest and the most scorching of them all.

It’s a sequel to the already successful Dragon’s Fire online slot released a couple of years ago at top online casinos. This time, the action has been spiced up with the Megaways mechanic which promises bigger and better wins. It’s certainly a more powerful slot with blazing-hot wins that go up to 10,000x your bet.

Red Tiger Gaming has once again done a great job with the looks and the feel of the slot. If you want to go on a journey to steal a dragon’s mountain of gold, this one’s the perfect pick.

The Dragon Fire Megaways slot has 6 reels and a total of 117,649 Megaways paylines. It plays on a 6x4 grid with an asymmetric layout. The graphics are pretty crisp-clear, and not surprisingly, the symbols include dragon paraphernalia and eggs. The latter are low-win symbols, while high-winning symbols include dragons of different colors.

The golden one pays the most – 5 times your stake for 6 on a line, so it's a big treat if you play at real money slot sites. To put things into perspective, the golden egg pays the lowest of all low-win symbols – only 1x for the same winning combination. The action has been boosted by an upbeat soundtrack with medieval charms.

With each spin, you’ll see the number of Megaways above the reels change. It can expand all the way up to 117,649 in the free spins round, boosting your potential to hit big rewards.

You can spin the Dragon’s Fire Megaways slot on the go on any Android and iOS device. The slot is fully mobile-optimized and very easy to spin on the go thanks to navigational shortcuts that are easy to reach.

How to Play the Dragon’s Fire Megaways Slot Machine

Before you start spinning the reels, you can choose between 0.20 and 10 coin bets for your spins. Hit the Spin button when ready to make the reels turn with satisfying sound effects. The base game itself isn’t spectacular except for the two special features.

The first one involves the Dragon’s Egg symbol. Every winning spin gets an x1 multiplier. It will rise up to x50 with each successive win, resetting to x1 when you lose.

Randomly during the base game, the dragon can awaken and deliver an instant x10 multiplier boost. It can also breathe fire on the reels and set them ablaze, turning random symbols into wilds. Besides this, the fiery creature can also trigger the free spins round, which is otherwise accessible in the traditional way.

You’ll need at least three scatters to get access to the free spins round. You can also access it with two free spins symbols. It’s called the Dragon’s Kindness feature, and will only trigger the bonus round if the dragon sets the reels ablaze.

Once in, you get a random number of extra spins depending on your chosen dragon symbol. The Dragon’s Egg multiplier count is carried over to the free spins round. This time, it won’t reset on losing spins.

With every cascading win increasing the multiplier, things can get pretty hot in the bonus round. While there’s no jackpot to hit, the Dragon’s Fire Megaways slot is a pretty lucrative affair.

The RTP of the Dragon’s Fire Megaways slot is a bit below the industry standard 96% (95.77%). It’s still a Megaways slot with high volatility, though, so it can deliver some pretty great payouts.

With an unlocked multiplier in the bonus round and the right symbols, you can win up to 10,000x your bet.

There’s no question that the Dragon’s Fire Megaways slot is white-hot. It features a dragon that can set the reels ablaze and several great feature that can nicely spice your payouts.