Remember Big Time Gaming’s Bonanza, one of the greatest online slots of all time? The Megaways slot was released back in 2016 and topped all the slot charts around the world. It ... Read Full Review 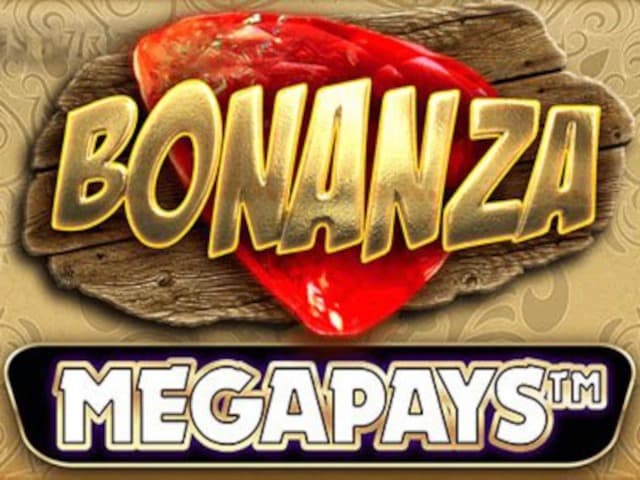 Remember Big Time Gaming’s Bonanza, one of the greatest online slots of all time? The Megaways slot was released back in 2016 and topped all the slot charts around the world. It dazzled with wins of over 10,000x, the 117,649, and simple yet entertaining gameplay. Its popularity still holds up to this day, but it’s under threat by the long-awaited sequel called Bonanza Megapays.

This isn’t the same Megaways slot – it’s a small but subtle difference in the mechanic. The Megapays engine works similarly yet raises the bar when it comes to the RTP and payouts. This time, you can earn 12,000x your stake if you’re lucky across the same number of paylines as before.

The Bonanza Megapays slot is available in any BTG casino for free and real money. Splash the cash on the new classic and enjoy the trip down memory lane.

In many ways, the Bonanza Megapays online slot is no different than the original. It’s a Big Time Gaming slot through and through, with a familiar setup all players will love. The Bonanza sequel looks just like the original, so if you played the Bonanza slot, you know what to expect.

The reels are set against a background of a mine, with a hillbilly-like soundtrack coming back from the previous release. In terms of symbols, you’ll see gems and diamonds, which isn’t a surprise considering the mine-picking theme. The reel height varies between the 6 reels, with up to 7 symbols occupying a single one.

The purple diamond is the real star, paying up to 50x your stake for 6 on a line. Above the reels, you’ll see a track with mining carts that can add extra symbols to the reels for more explosive wins. The dynamite Wild can only appear in these carts, substituting for all other symbols apart from the Scatter.

Just like all BTG slot games, the Bonanza Megapays slot is fully mobile-optimized. It uses the HTML5 platform for availability on all Android and iOS devices.

The action begins as soon as you hit the Spin button. However, you should set your wagers before that or stick with the default – your options go from $0.2 to $20 per spin. You can also use the Autoplay feature to spin the reels automatically. The Megaways engine is the big highlight here, using a Reactions feature to deliver wins.

This one is similar to cascading or tumbling reels. In this case, the replacing symbols come from the reels and the mining carts, upping your chances to hit big wins.

You’re probably wondering what the Megapays feature does. It's completely randomly triggered on any spin. You’ll be instantly transported to a lush Vegas casino, with one low-win symbol chosen as the Megaways symbol. You then get a special spin – if 1 or more special symbols appear on the reels, the other symbols are removed. You’ll get a respin with all Megaways symbols locked in place, and the respins will continue until no new Megaways symbols land.

Land 4 or more of these symbols, and you’ll hit one of the 4 progressive jackpots online.

The values for all jackpots are seeding values. Those numbers can grow pretty higher depending on how often the jackpots are hit. You’ll hit the Mega symbol by landing 15 instances of the special Megaways symbol, which doesn’t happen often, but you still have a shot.

The Free Spins Round in the Bonanza Megapays slot is triggered when the scatters write GOLD on the reels. You get 12 free games for 4 Scatters, with 5 more for 5. Trigger the round with 6 Scatters, and you get 10 extra spins on top of the regular 12.

The Free Spins round relies on an unlimited win multiplier to deliver the big bucks. It starts at x1 and builds up with each win. There’s no cap on the multiplier, so you can win truly big rewards. The round can be retriggered with more gold scatters.

The RTP of the Bonanza Megapays online slot has been set to 96.4%, up from the original’s 96%. The slot is highly volatile and pays a maximum of 12,000x your wager.

Big Time Gaming has another big-time hit in the Bonanza Megapays slot. It’s a great sequel to the original with a few subtle differences that make it all the more fun and rewarding.

Play the Bonanza Megapays for real money at the best online casino sites, and if you’re lucky, you can hit one of the massive jackpots.

The Bonanza Megapays slot was released by Big Time Gaming. BTG is one of the better game providers on the market, hailed for its rewarding slot mechanics.

Is Bonanza Megapays a sequel to the original Bonanza slot?

Yes, it is. The original Bonanza slot still holds great over 5 years after its release, which is why the studio decided to release a sequel.

The RTP of the Bonanza Megapays slot has been upped to 96.4%, which is higher than the original’s 96%. That’s still on point for a highly volatile slot game that pays over 12,000x your wager.

The minimum available wager you can place on the Bonanza Megapays slot is $0.2. That’s low enough even for beginners and solid for those who play with a strategy.

Yes, it is. It has also added the Megapays feature to the mix, which boosts your payouts even more.

What does the Megapays feature do in the Bonanza Megapays slot?

The Megapays feature transforms a low-win symbol to a special Megaways symbol. With it, you can hit the progressive jackpots if you land 4 or more during the special respins.

Does the Bonanza Megapays slot have a free spins round?

Yes, it does. The Free Spins Round is triggered by 4 scatters that spell GOLD on the reels. You get 12 free spins for 4 scatters and 5 extra spins for 5 or 6 scatter triggers each. There’s an unlimited win multiplier in the Bonus round that can significantly boost your payouts.

How can I hit the progressive jackpots in Bonanza Megapays?

To hit the progressive jackpots, you’ll need to land a corresponding number of special Megaways symbols during respins. Four of these trigger the Mini jackpot, while 15 or more will trigger the Mega jackpot that seeds at $300,000.

Which slots are similar to Bonanza Megapays?

The original Bonanza slot is most similar to the Bonanza Megapays slot game. Any other Megaways title will also be pretty familiar.

When was the Bonanza Megapays slot released?

The Bonanza Megapays online slot was released on June 7, 2021.