The follow-up to the immensely popular Avalon, Avalon II is another example of Microgaming's ability to fuse form, functionality and fortunes into a single online slot game. Like its predecessor, Avalon II ... Read Full Review 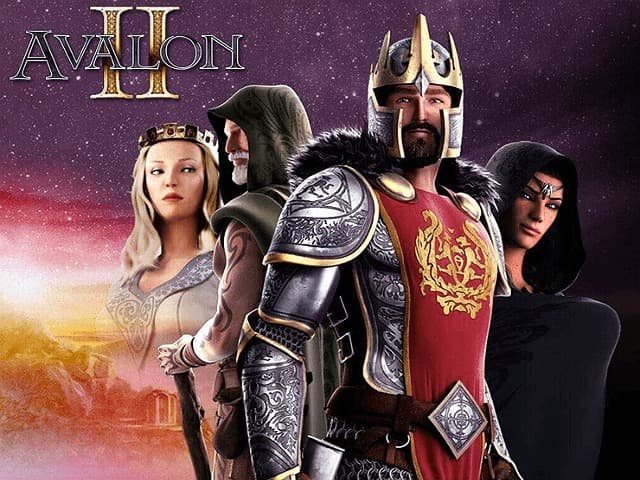 The follow-up to the immensely popular Avalon, Avalon II is another example of Microgaming's ability to fuse form, functionality and fortunes into a single online slot game. Like its predecessor, Avalon II is based on a medieval quest theme. This means you'll be treated to a movie-like soundtrack featuring orchestral vibes that create an eerie undertone that often accompanies a hero or heroine about to embark on an epic journey sure to never be forgotten.

In line with the musical interludes, you'll get a live action background that shows off the world of Avalon as you spin. Mystical fogs, ancient towers and the forest floors give this online slot a real sense of depth. Of course, you can't go deep on sights and sounds without having something strong in the foreground. Fortunately, the developers at Microgaming have blessed Avalon II with five reels and 243 ways to win. Instead of the standard "XX paylines" structure, this virtual slot is capable of releasing payouts in a multitude of directions.

To begin your epic quest for the Holy Grail of slot fortunes, you first need to place your bets. Before the medieval-style symbols will spin, you'll have to set the following parameters:

By adjusting the above variables, your overall bet will increase or decrease accordingly between £0.30 and £7.50 per spin. Depending on your overall bet, Avalon II payouts will change. At the lowest level, three nine symbols will unlock a prize worth £0.20. At the highest stakes, five Holy Grails will give you £120,000 in prize money!

An epic quest for online slots riches wouldn't live up to its name without a ton of special features and bonuses. With this in mind, the guys at Microgaming have added eight bonus games to Avalon II. After rolling in three or more bonus symbols (the Holy Grail) you'll get access to one of the following:

If all this wasn't enough, Merlin can appear at any time during the game and give you an instant cash prize or random multiplier. For those who enjoy online slots where the story is as impressive as the prizes on offer, Avalon II is a must!