Best Barcrest Slots in Canada For 2023 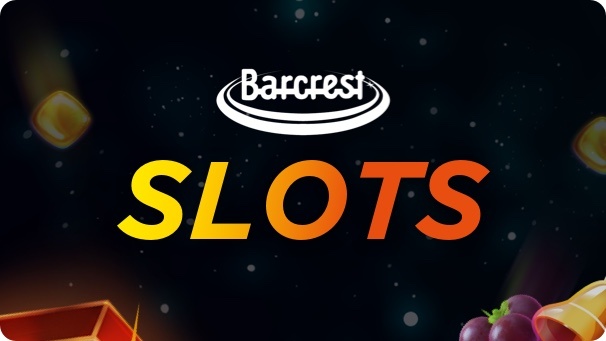 Guide to Finding the Best Barcrest Slots in 2023

When it comes to categorising slot game releases from Barcrest, it would be fair to assign them the label of ‘substance over style’. As you embark on your journey across Barcrest casino sites offering titles from other software houses, you'll probably note how ‘old fashioned’ they look compared to the likes of, say, NetEnt slots. You’d be right to think so. But then look at the other side of the coin. Barcrest slots are some of the most feature-packed games around, with a myriad of slot bonuses to try and trigger.

Most include the 'Big Bet' option as well, so the opportunity to fully customise your gaming in terms of budgets and paylines is available. Simply put, Barcrest slots offer some of the very best RTP (Return to Player) rates in the industry and this stems from the generosity of their special features. There are currently stacks of slot sites in Canada that offer Barcrest slots to Canadian players in 2023. Hopefully, this guide will help you to find the right one that calls to your style of play!

Barcrest’s long association with gaming began way back in 1968 when the brand began life as a producer of the classic analogue fruit machines that would become a staple of ‘leisure gaming’ in the UK and beyond. Operating out of Greater Manchester, Barcrest at that time was the UK’s premier supplier of fruit machines to pubs, clubs, and bingo halls. It was one of the first suppliers to blur the line between analogue and digital technologies with its MPU machines, which became hugely popular across the UK and Europe.

These featured motherboard cards, which introduced skill elements to the game of chance; this set the tone for the wheel-style bonus rounds and Pick ‘Em features that dominate the industry. Slowly but surely and in line with an ever-changing landscape, Barcrest slowly adapted to a fully digital world in the next few decades and was at the forefront of the online slots revolution in the early 2000s after IGT purchased the brand. Soon after, Barcrest became one of the most sought-after software houses in the business.

Its flagship title, the Rainbow Riches slot, would create the blueprint for slot gaming success that many of its competitors would go on to borrow. In 2011 Barcrest was acquired by Scientific Games, an innovative producer that enabled the Barcrest template to be brought into a brave new era. Even though it could not compete with many of its rivals in terms of visual appeal, it has managed to carve out a niche as an innovator of multi-layered slot bonuses and features. Today, it remains at the forefront of slot gaming worldwide – a status that doesn't appear to be changing any time soon.

The key to the Barcrest offering is that it offers slots of all shapes and sizes to cater to a diverse audience. You’ll find all of the standard slot types available, including retro fruit machine-style classic slots, contemporary video slots, and a selection of 3D slots too. It may lack the attention-grabbing licences that would enable it to produce movie and superhero-related titles, but the Barcrest team is clearly confident in its ability to produce original content from scratch that captures the imagination. You won’t find many Barcrest slot games linked to progressive jackpot slot networks, but when the games themselves pay out at such a generous rate that's not the end of the world.

Most Popular Barcrest Slots in 2023

So which are the top-rated online slots from Barcrest that slot players in Canada can sink their teeth into via an online casino in 2023? That is the million-dollar question given that the tastes and preferences of gamers tend to differ from individual to individual. The Barcrest library of slot games just happens to be one of the most diverse around: you can be stepping into the shoes of Robin Hood in Merry Money one minute, before tackling the ghoulish goings on in Ooh Aah Dracula. That said, here’s a quick rundown of the biggest and best slot games currently available from Barcrest:

Like any good software developer worth its salt, Barcrest has an exciting release schedule planned for 2023 and beyond. So here's a look at their new online slots and the latest releases that are making waves online:

How Safe Are Barcrest Slots?

Completely. The reason? That’s quite simple: to secure a licence from gaming authorities, Barcrest real money slots have to pass a number of tests that confirm they are secure, fair, and meet all necessary regulations covering the safety of players’ well-being. If they didn’t, they wouldn’t get a licence; it’s as simple as that. Another government body, eCOGRA, ensures that players are protected by checking for fair gaming and responsible operator conduct. The implementation of a random number generator (RNG) ensures that each and every spin of the reels you take offers a reasonable opportunity for a win that is free of bias.

Barcrest does tend to lag behind the software developer crowd when it comes to graphics and animations; just a quick glance at the latest releases like Pragmatic Play slots, Play'n GO slots, and ELK Studios slots, among others, confirms that. But it offers plenty of advantages too. Many of its games offer multiple bonus features plus free spins rounds and some of those titles even allow players to pick the bonus that they want. Striking the right balance between aesthetics and playability is key and while some gamers do pick their favourite titles based on looks, the discerning punter is far more interested in the financial bottom line.

This is an area where Barcrest is not found wanting. This software house may lack the clout of other game makers to secure licences from the likes of Marvel or Warner Bros and so they have to make cheeky interpretations of famous stories and pop culture references: Robin Hood becomes Merry Money and a take on the popular Call of Duty console games franchise becomes Call of Fruity. But the link up with Scientific Games has helped in this regard and so it's fair to conclude that Barcrest is improving significantly in terms of the eclectic nature of its games catalogue.

Here’s the thing with Barcrest: none of its slot games are linked to a progressive jackpot network. So while you may be used to trying to win six-figure sums with other game providers, unfortunately, you won’t find any progressive jackpot slots in the Barcrest canon. Hopefully, this will change going forward and Barcrest will begin to offer progressive slots, but for now, you’ll have to make do with solid payouts available from within the games themselves.

🎰 What are the best Barcrest slots?

The "best" slot game is subjective and can vary depending on personal preferences and taste. Some of the most popular Barcrest slots include the Ooh Aah Dracula slot, the Monopoly Big Event slot, and, of course, the Rainbow Riches slot.

♠️ Where can I play Barcrest slots?

💰 Do Barcrest slots have Free Spins?

Yes, they do! Many Barcrest online slots have Free Spins as a Bonus Round. Free Spins is the most popular bonus feature in many online slot games, where slot players can spin the reels without having to place a bet.

💸 Can I get a slot bonus to use on Barcrest slots?

Of course! You can get a slot bonus to use on Barcrest slots at many online casino sites. There are a couple of bonus forms, such as welcome bonuses, no deposit bonuses, and free spins. It's worth noting that all slot bonuses come with Terms and Conditions that must be read.

✅ Can I play Barcrest slots for free?

Yes, you can play Barcrest slots for free at certain online casinos or through demo versions that can be found on our site. Many online slot sites offer free demos of their slot games, including Barcrest slots, that can be played without making a deposit or wagering real money.

Kickers are OJO special perks that give you more play, more fun and more rewards