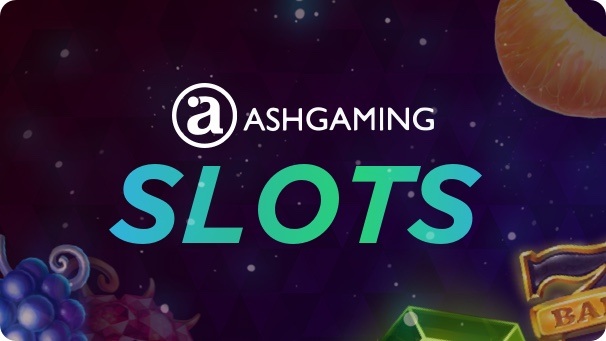 Ash Gaming is a typically British slot game producer extraordinaire. Its love of pop culture originating from the UK has witnessed the brand become something of a cult favourite with players on these shores. Ash Gaming slots such as The X Factor Jackpot, Monty Python’s Spamalot and Little Britain are all unmistakably English in their creation and in touching upon these local favourites Ash has been able to build a loyal following of players. Consequently, Ash Gaming slots sites are in abundance across the web for players and those on international shores, ranging from the not so great to the outstanding. The aim of this guide is to separate the wheat from the chaff and arm you with all the information you need to find the best Ash Gaming casinos available to you in 2023!

Like many slot game producers, Ash Gaming – originally known as Ash Leucker – was born out of the internet boom of the early 2000s. The brand quickly established a niche in progressive jackpot gaming and caught the eye of ‘mega producer’ Playtech shortly after. An acquisition, said to be in the region of £23 million, followed shortly after. This extra financial clout gave Ash the chance to enhance its output even further and it stepped away from the ‘production to order’ approach it had before to making its own slot games outright.

Its early foray into games production was encouraging and after snapping up the rights to a number of icons of British culture, the popularity of its titles experienced a boom immediately. Another area of slot gaming that Ash had broken into was progressive jackpots and, as the demand for such titles increased among the games community so too did Ash’s workload; the likes of Winnings of Oz and Leprechaun’s Luck – still hugely popular to this day – were created to satisfy the hunger of players seeking decent wins.

It's evident that Ash Gaming has always moved with the times from the success it has enjoyed in the near two decades it has been established and the modern trend for ‘player engagement’ has informed some of its most recent releases. Adventures in Wonderland, for instance, contains snippets of the source material’s narrative, plus skill-based games to engage players further. Ash is like the David Bowie of slot gaming: constantly reinventing itself to remain at the forefront of the industry.

Another string to Ash’s bow is the eclectic nature of its games library; there truly are slot types for all tastes and budgets here. So if you like to enjoy classic slots with small wagers per spin then you will find many titles available, while if you fancy yourself as a high roller then the myriad of video slots and 3D slots available from Ash can be modified in terms of stake amount and number of paylines, enabling you to play as you want to. Finally, if the opportunity to win six and sometimes seven-figure sums from your gaming appeals, then Ash is widely regarded as one of the finest purveyors of progressive jackpot slots you'll find, having developed dozens of them over the years.

How Safe are Ash Gaming Slots?

If you want to secure your licence to trade from the UK Gambling Commission then you’d better have your house in order as far as player safety and security is concerned. The regulation in place requires all slot games to be fair and free from bias. To achieve that, Ash Gaming has implemented a random number generator (RNG) into its titles. This ensures that all spins of the reels are wholly unpredictable and that the results that occur are not premeditated in any way. To ensure the complete peace of mind of players, software houses like Ash Gaming are also subject to the constant monitoring of eCOGRA, whose sole responsibility is to maintain player protection and responsible operator conduct in iGaming. This really is one of the most heavily regulated industries around.

Let’s get down to the nitty gritty: which of Ash Gaming's online slots are the best? The nature of being the ‘top rated’ is subjective of course, as all players look for different things in their favourite slot games, but the list below is a rundown of what can accurately be described as Ash’s top-rated casino slots in 2023:

When making a comparison between Ash Gaming and some of the industry’s other leading developers like NetEnt, IGT and NextGen, there isn’t all that much discernibly different between the brands. The advantages to Ash lie in two areas: ‘UK-centric’ gaming and progressive jackpots. Ash is a British business at its heart and is dedicated to providing the brands and pop culture references that its domestic players will love; hence the development of titles including 'Little Britain', 'Monty Python' and 'Britain’s Got Talent'.

This is also a software developer that has latched on to the demand for progressive jackpots – slot gaming is much more than just a form of escapism these days – and has delivered a raft of titles connected to progressive jackpot networks as a result. Crucially, these aren’t just slot games to meet public demand, they are quality titles in their own right. The likes of NetEnt and Betsoft may hold advantages in other areas – most notably high-end graphics and animations and exclusive licenses with major worldwide brands and franchises – but Ash more than stand on its own two feet in an increasingly competitive industry.

There truly is no rest for the wicked and Ash Gaming’s latest release schedule for 2023 looks jam-packed with quality games and potential cult classics in the making. The vast majority of these new titles will be available to players in the coming months:

Here's an area where Ash Gaming really shines as an industry leader. It has developed dozens of progressive jackpot slots over the years and many of these are still held up as torch-bearers to this very day. Take Winnings of Oz, for example. Not only is it super fun to play as a slot game in its own right, its link-up with a progressive jackpot network means that a top prize of hundreds of thousands of pounds is routinely up for grabs every single month of the year.

Monty Python’s Spamalot is a slot title based upon the comedy film series of the same name featuring John Cleese, Michael Palin and the rest of the gang. There are a lot of laughs to be had on these reels, but as a jackpot slot the top payout is deadly serious: one lucky punter scooped nearly £2 million on this game not many moons ago. By focusing plenty of its energy on progressive slots, Ash Gaming has built a loyal following of gamers hungry for huge cash prizes.

Leading US Casino with over 650 Slots and Live Casino Games